The Greater Tardan license area, which contains within it the Tardan deposit and operating mine is located approximately 78 km from Kyzyl, the regional capital, and is accessible via paved and year round graded roads. 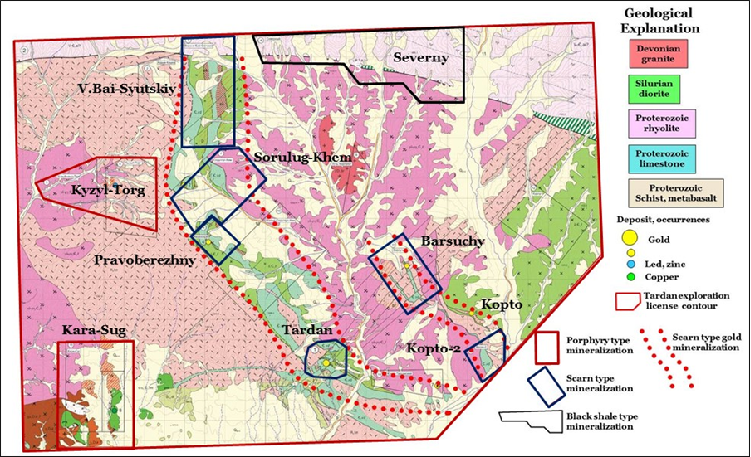 Regionally, the two license areas (Greater Tardan and the Tardan deposit) are located within the southern Altai-Sayan fold belt, a complex deformed series of Cambrian and Silurian intrusive, sedimentary and metamorphic rocks. Skarn development occurs throughout the region, typically along or proximal to the contact with the Tannuolsky intrusive complex. The Altai-Sayan fold belt was subjected to multi-stage deformation, with peak deformation related to the collision of the Kazakhstan and Siberian continents during the Carboniferous-Permian period. The region is transected by a series of NW, NNW and ESE trending faults of likely strike slip origin.

The tectonic structure is grouped into three fault systems: east-west (Kaakhemsky, Bai-Syutskiy) northwest (Sorulug-Khem, Kyzltorgskiy and Tardanskiy), and northeast strikes. The northwest faults are grouped into one tectonic zone controlling the majority of the skarn gold mineralization. These prospects, all of which are of the same skarn type as found at the Tardan deposit, hold the greatest potential for increasing reserves for the current heap leach operation at the Tardan mine in the short term.

Within the Greater Tardan area there are several gold mineralization types:

Gold bearing skarns At the moment this is the best understood type of gold mineralization within the license area. Deposits and occurrences of this type, Tardan, Barsuchy, Kopto, and others, are confined to the skarn zones at the contact of intrusive rocks of the Tannuolsky complex and limestones of the Vadibalinskoy formation of the Lower Cambrian. The Central zone includes the Tardan deposit, Sorulug-Khem, Pravoberezhny, V.Bai-Syutskiy occurrences. Parallel to the Central zone geologists have identified the Eastern zone including Kopto, Barsuchy, Kopto-2 occurrences. In the short term, these occurrences represent major prospects for increasing the reserves of the Tardan mine.


The Kara-Sug deposit is assumed to be part of a porphyry copper system, the center of which is probably located outside, and to the west of, the Greater Tardan license area.

Black shale type The geological setting shows that the in the northern part of the license area there might be gold black shale mineralisation. In this area is the Severny prospect, characterized by the presence of gold sulphide mineralization (Sukhoi Log type). In addition to placer gold, the area features gold soil anomalies, halos of altered rocks (beresite) and quartz veinlets.

The long term potential of the license area is associated with the exploration of copper-porphyry (Kara-Sug, Kyzyl-Torg, etc.), and black shale formation (Severny) occurrences. These deposit types (porphyry and black shale) are usually large-volume, with low gold grades.

In summary, the Greater Tardan License area has good short-term prospects for increasing reserves of gold skarn ore (Tardan type). Over the longer term there are good indications of discovering new deposits of the other ore types – primarily of porphyry and black shale. 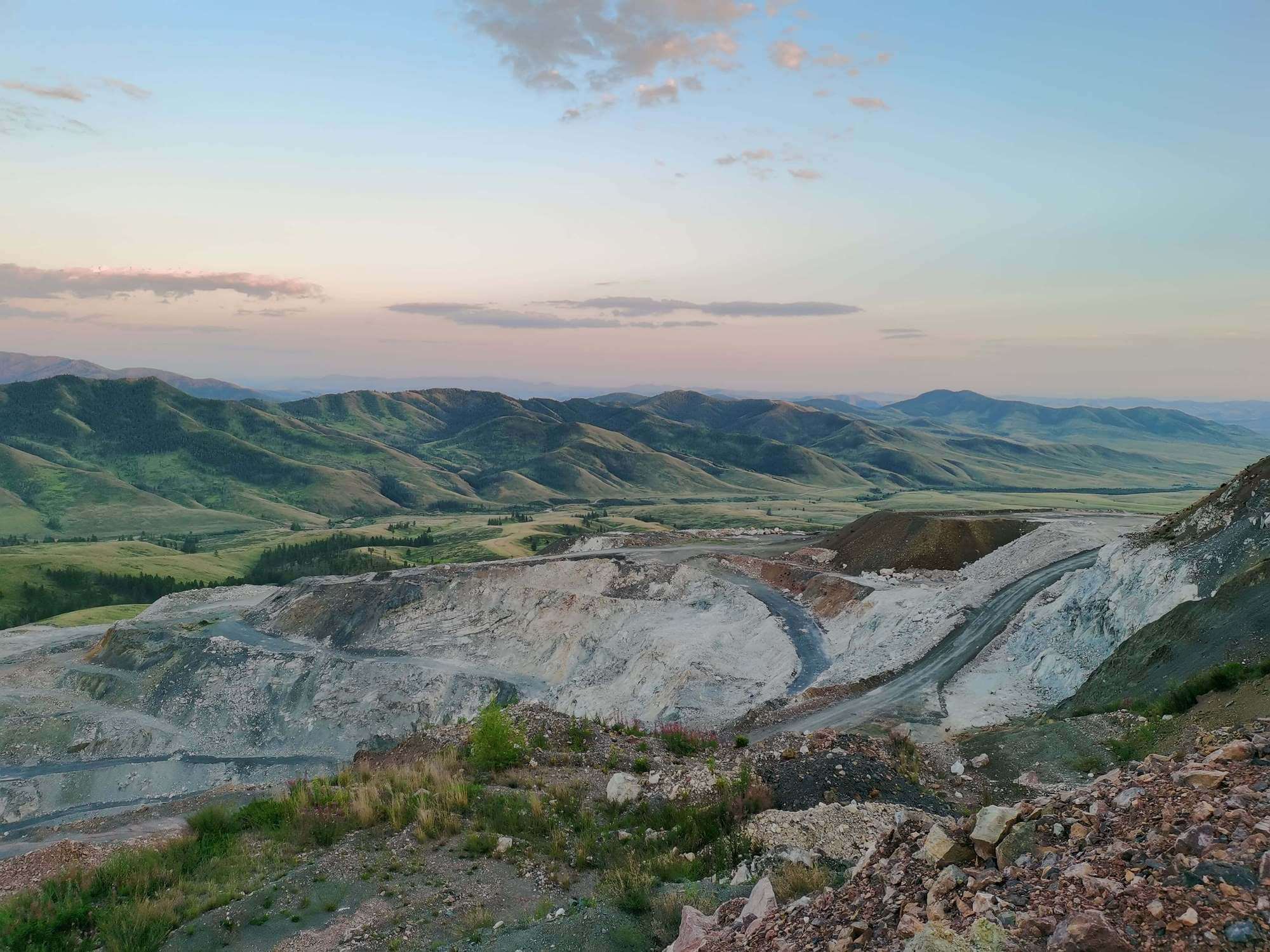 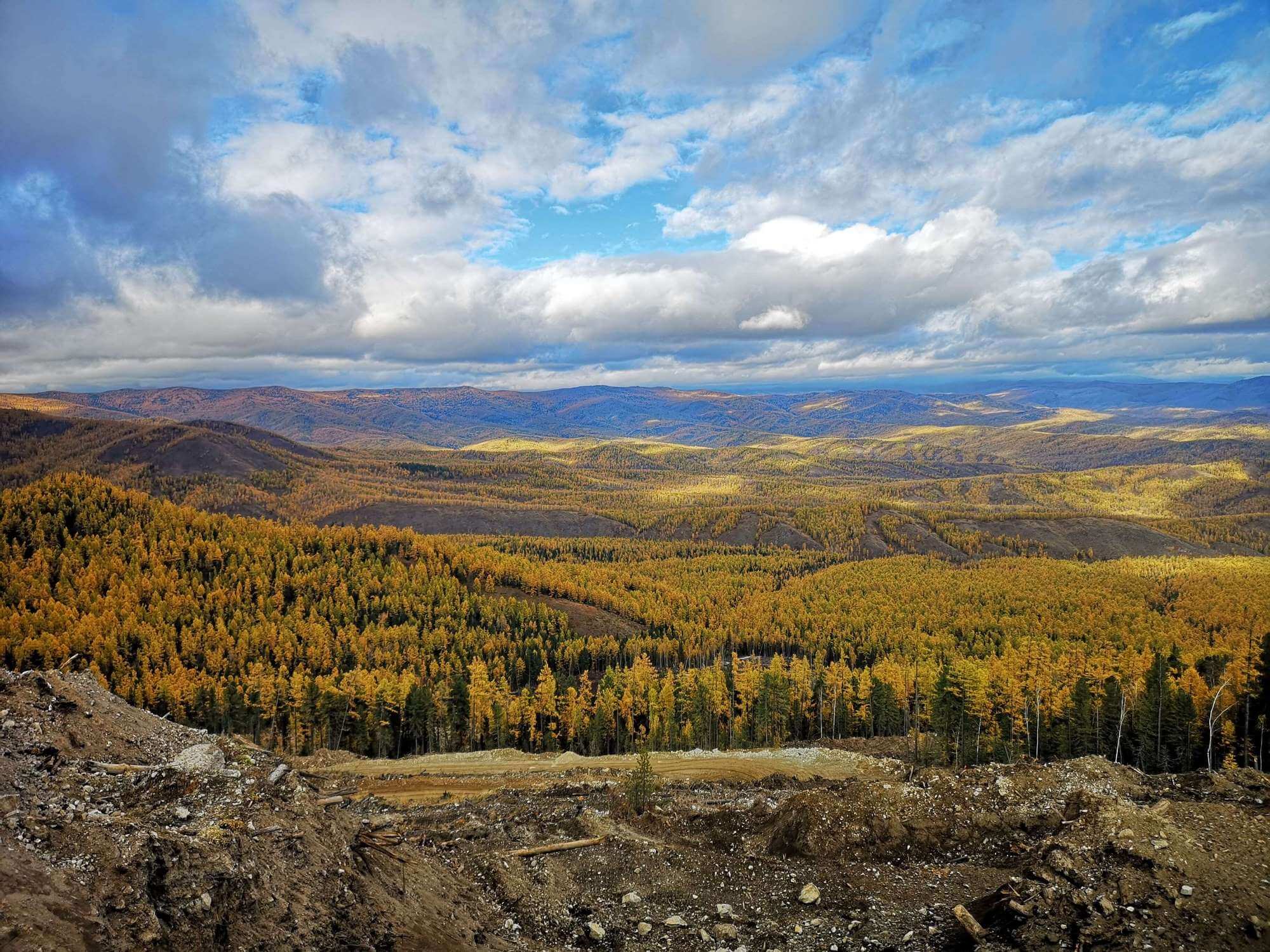 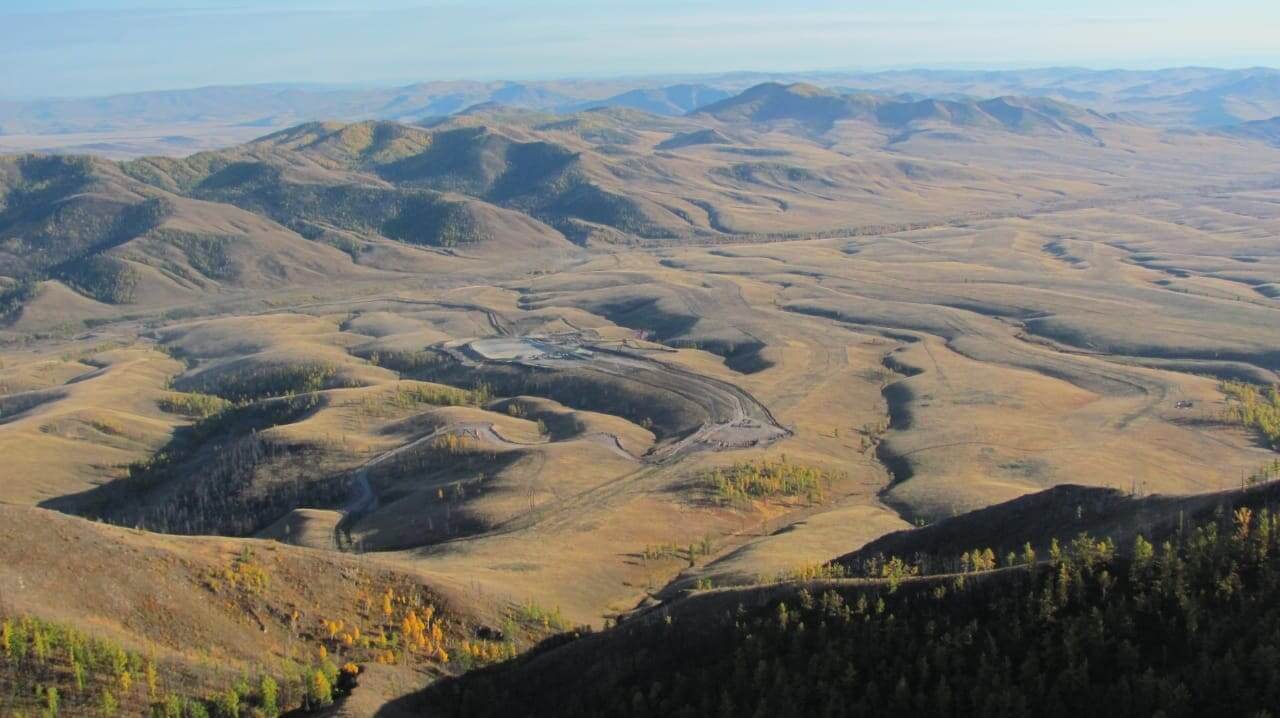 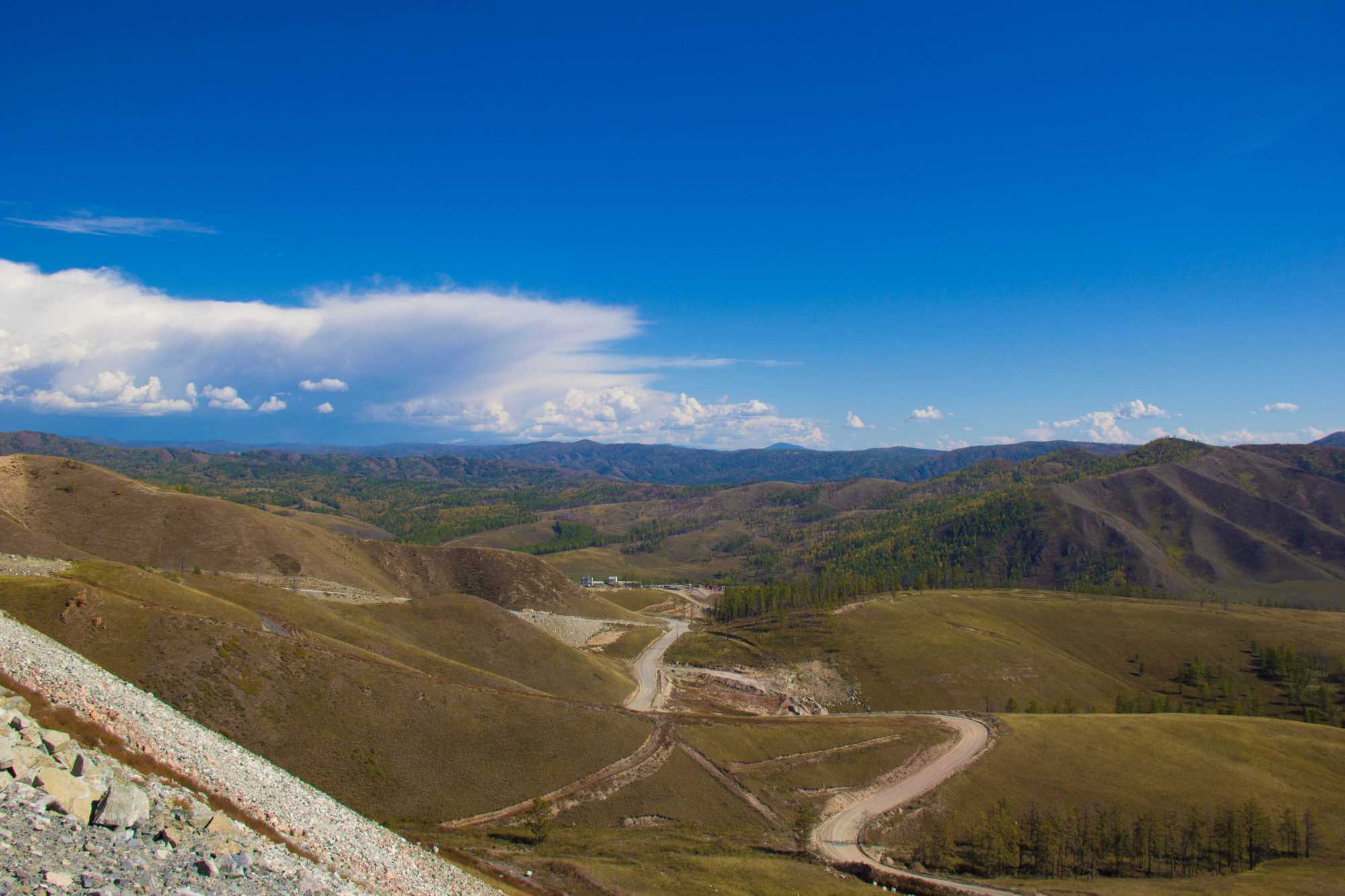